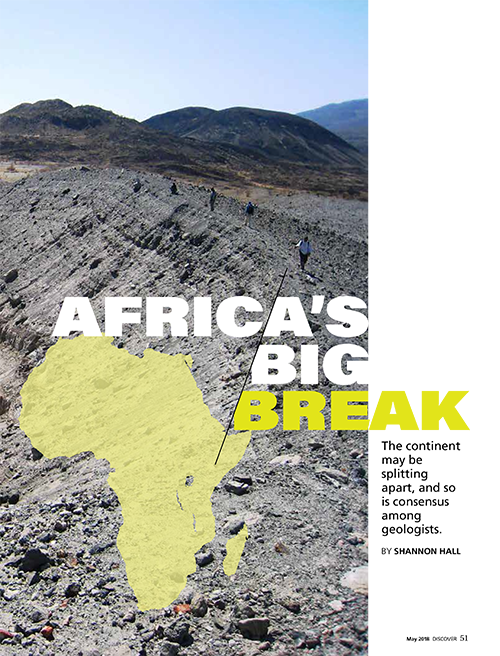 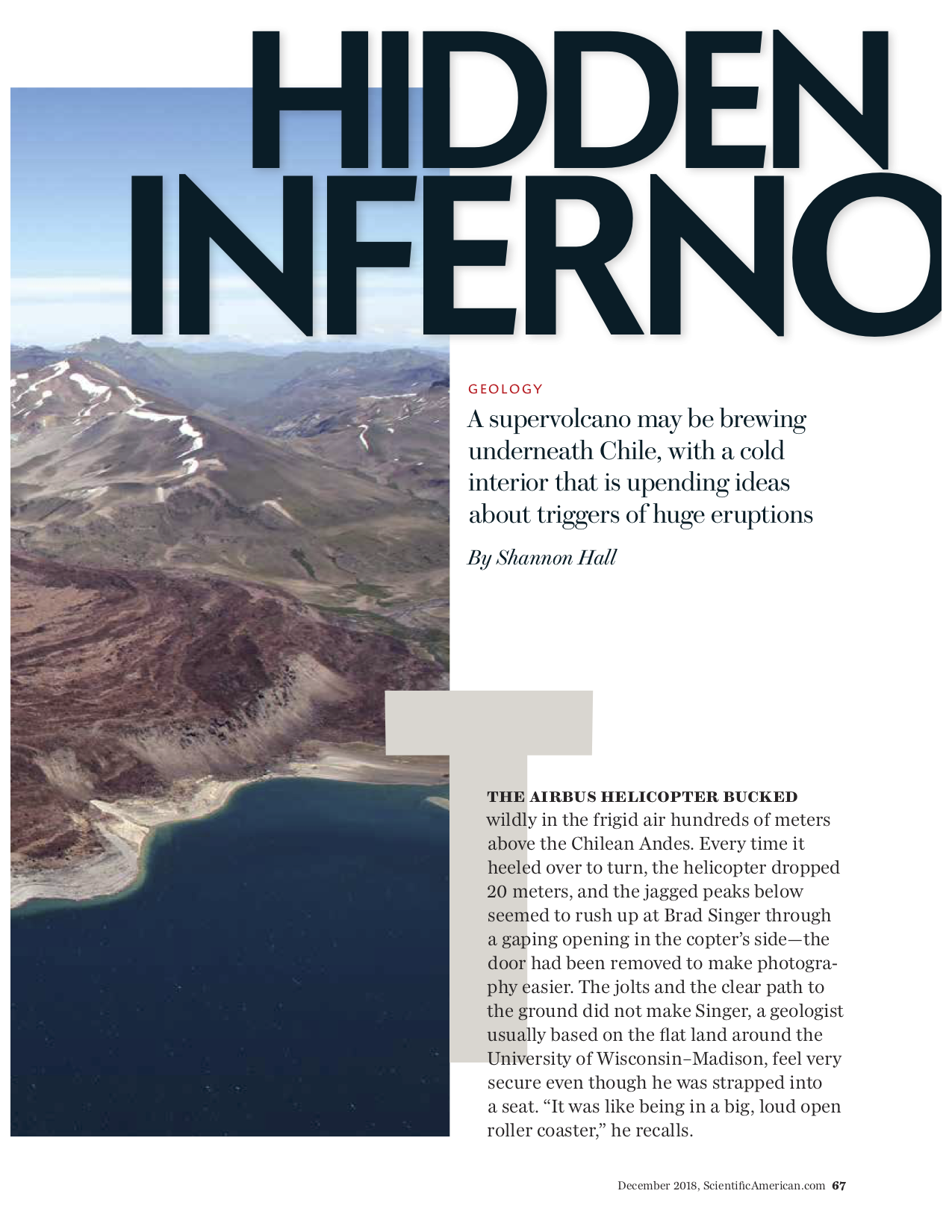 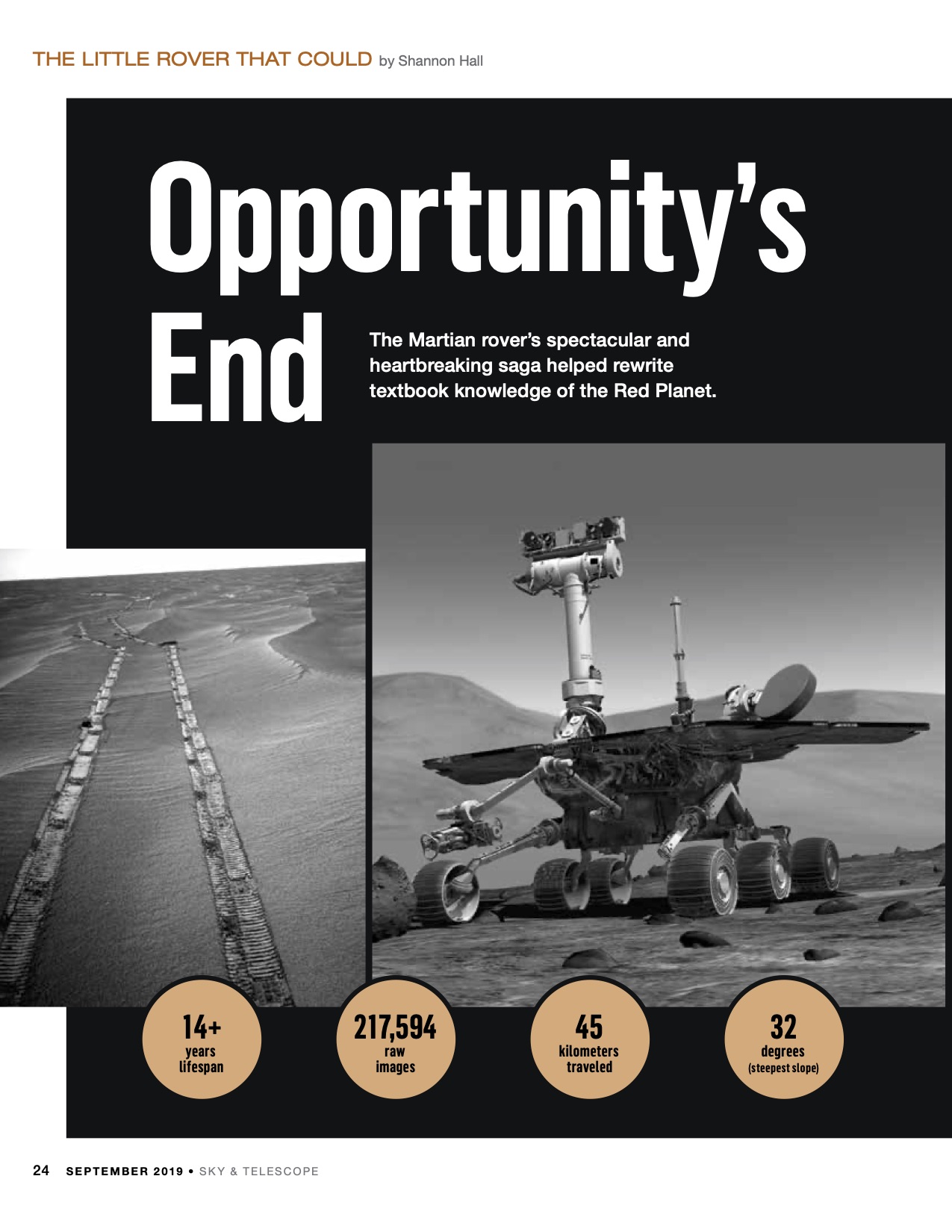 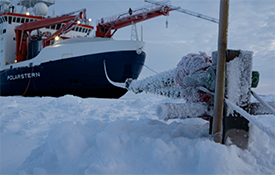 The Voyage to the End of Ice
Quanta Magazine, January 2020 "Arctic ice is disappearing — the question is how fast. Summer sea ice could endure 100 more years, or it could vanish later this decade, with disastrous consequences for the rest of the planet. To nail down the answer, an expedition to the top of the world has to untangle the knotty physics of ice." 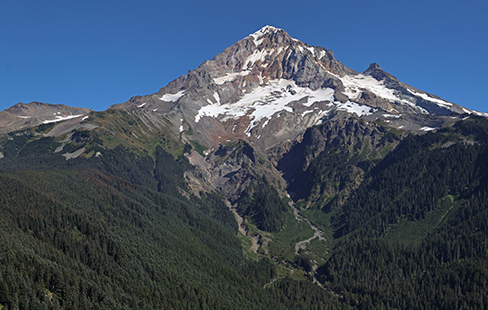 We’re Barely Listening to the U.S.’s Most Dangerous Volcanoes
The New York Times, September 2019 "A thicket of red tape and regulations have made it difficult for volcanologists to build monitoring stations along Mount Hood and other active volcanoes." 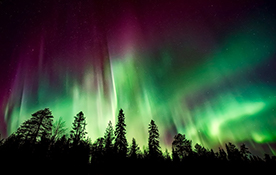 The North Magnetic Pole's Mysterious Journey Across the Arctic
The New York Times, February 2019 "Scientists accelerated the update of a model of Earth’s fluctuating magnetic field, which is needed to keep navigational systems functioning. Many wondered what’s happening inside the planet’s core." 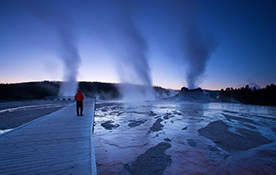 Yellowstone Supervolcano Could Be an Energy Source. But Should It?
National Geographic, August 2018 "The national park could power the entire continental U.S. with clean energy. Here’s why it remains untapped." 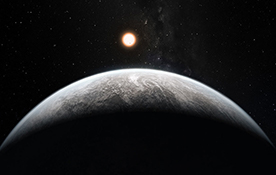 Summer Solstice 2018: The Search for Life in the Galaxy
The New York Times, June 2018 "As you mark the longest day of the year, consider the debate among astronomers over whether Earth’s tilt toward the sun helps make life on our world and others possible." 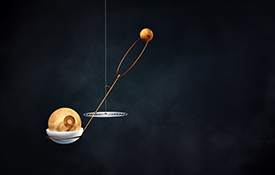 A New World's Extraordinary Orbit Points to Planet Nine*
Quanta Magazine, May 2018 "Scientists argue that there’s an undiscovered giant planet far beyond the orbit of Neptune. A newly discovered rocky body has added evidence to the circumstantial case for it."

*This story was a finalist for the 2019 David Perlman Award for Excellence in Science Journalism. 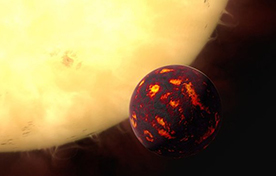 Earth's Tectonic Activity May Be Crucial for Life — and Rare in Our Galaxy*
Scientific American, July 2017 "Some researchers argue that shifting plates, which have the ability to help regulate a planet’s temperature over billions of years, are a crucial ingredient for life. This connection raises the tantalizing possibility that if scientists could find exoplanets that quake and rumble, they might be able to find life beyond our Pale Blue Dot."

*This story was honored with the 2018 David Perlman Award for Excellence in Science Journalism.